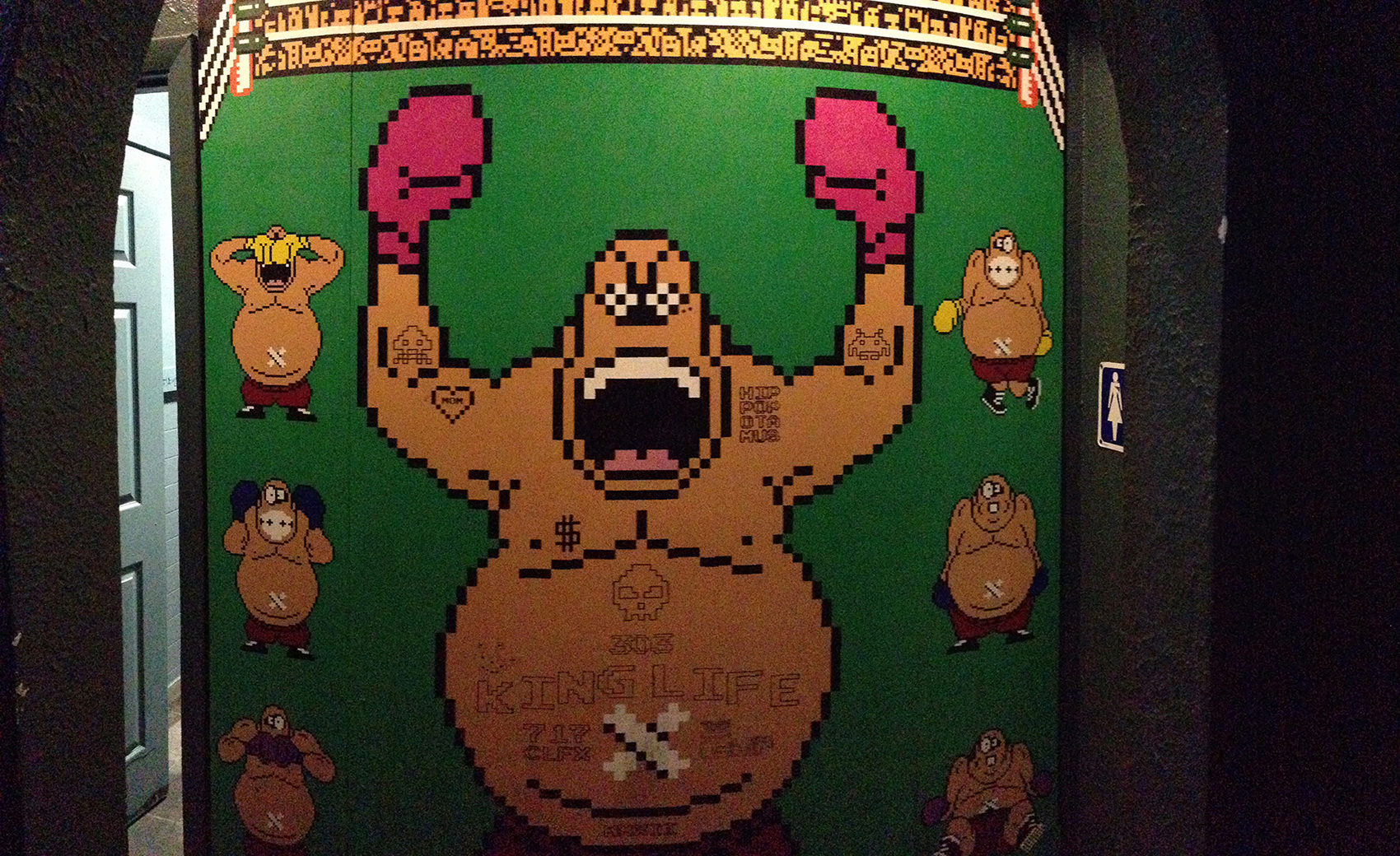 Made the annual trek out to Denver for the SIA / Snowsports show. Always a good time seeing old friends, checking my work & hopefully getting my shred on. This year it was actually winter like & the snow was amazing for the demo days. Like powder days amazing. Good times. Check after the jump for more photos of the shenanigans… That’s San Diego down as I was flying over it. By the time I got to Denver, man were my arms tired…. Burton had some pretty nice details (as usual). I think these were all dual layer pieces, a black background panel with a plexiglass panel in front, screen printed with a white negative. Pretty rad. The Capita booth took the top booth honors for me. Their Defenders of Awesome tag line they came up with a while back didn’t hurt, nor did the Draplin collaboration hat that Coal had in the booth (or @draplin himself for that matter, who I talked with for a bit in the booth on Saturday). Some of the shred sticks from the show. As usual, Endeavor killed it. Their Rory Doyle graphics were my favorite of the show although the Gnu Matt Moore continued collaboration graphics looked really good on their split board. Some other interesting booth stuff. The Niche sign was pretty cool looking. The roller painted american flag at a booth who I can’t remember looked great as well, K2 brought out a pretty cool Haida style seal for their Kamp K2 & Electric went for the “motorbikes are cool (even in the snow)” had a nice bike / photos around the booth. Nighttime festivities are always a must at any trade show & even though it was very winter-like, SIA was no different. Dead Faces rolled into “pairing-less” sushi, then a couple pit stops before ending up at 1up (which is amazing, the Mattson 2 just made it better) & a late night stopover for snacks & breakfast for the next day. After Denver, it was off to Copper Mountain for some shredding. Fun stuff. The Woodward Center was amazingly fun, check it out if you’re there. They have really reasonable drop-in rates if you’re trying to get a new trick or want to try & hurt yourself off the hill. I mentioned it was winter-like, right?