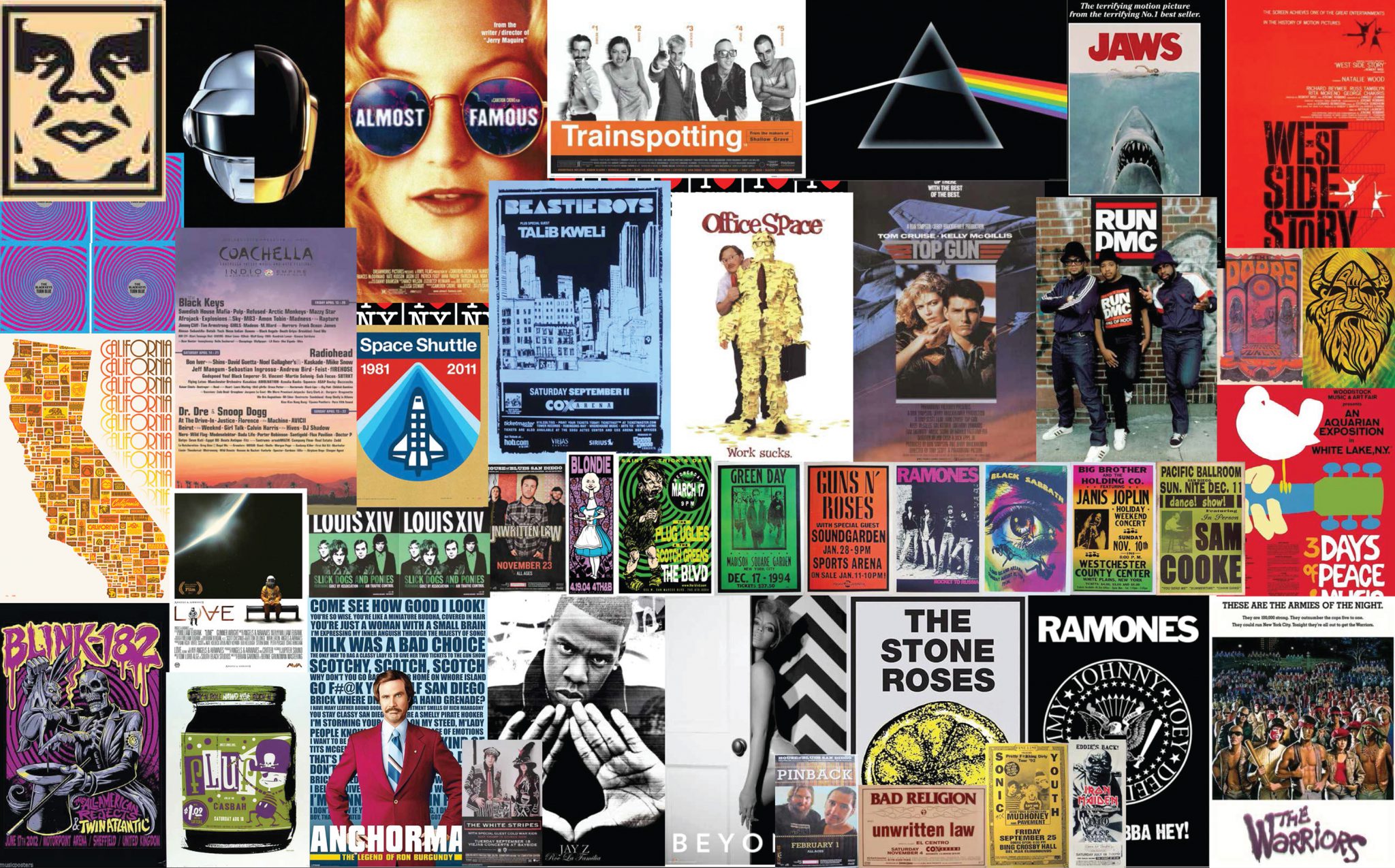 How many San Diego references can you find?

How many san diego references can you find?

Detail of the poster wall I did for the refresh of the Flippin’ Pizza in San Marcos, CA. If you’re interested in seeing the logic behind the posters & what not, check the case study here Flippin’ Pizza Case Study
—
A nod to the NYC streets, the posters solved the graffiti problem & became a huge design feature with people admiring & even taking selfies in front of them. I spent hours designing the collage for the wheat pasted poster wall for each Flippin’ Pizza location, pulling as many local references as I could. 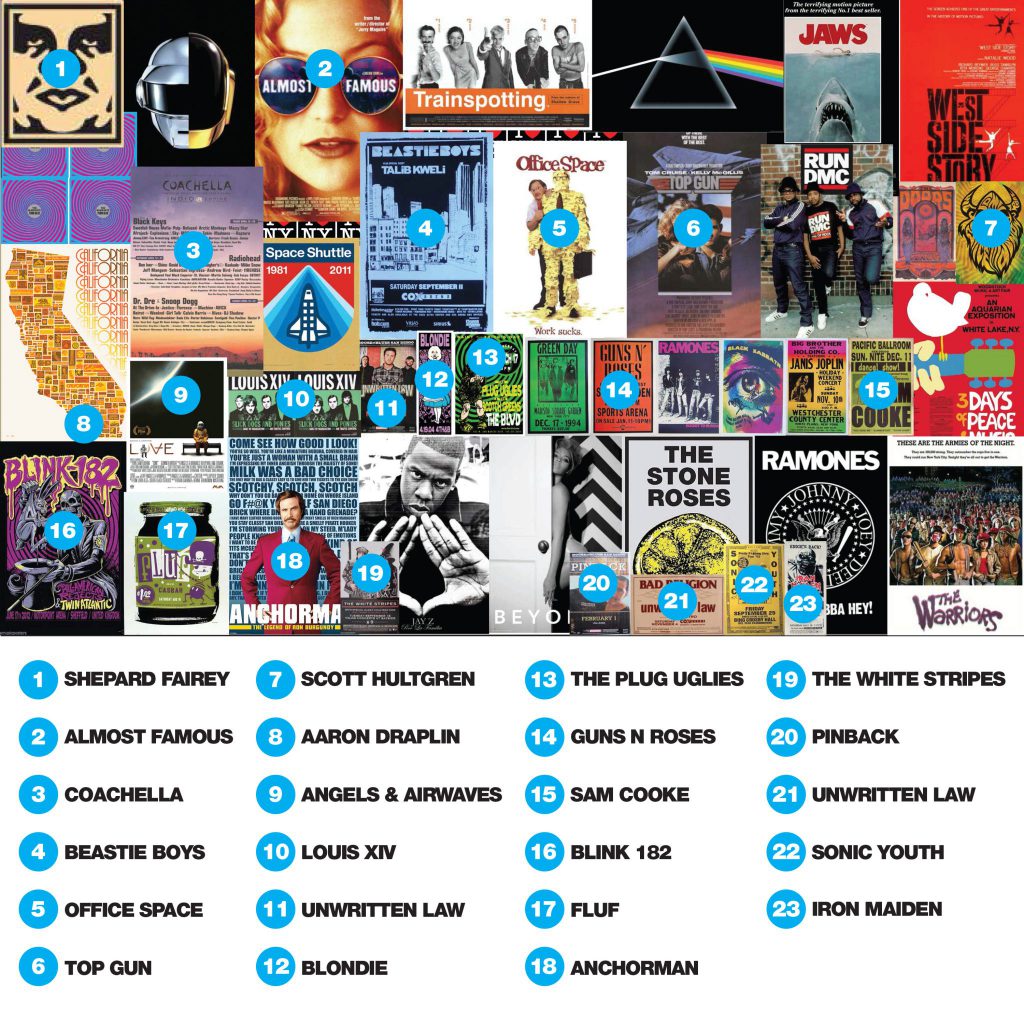 1 – Shepard Fairey lived in the San Diego area in the 90s
2 – Almost Famous writer & director @CamCrow was raised in the SD Area.
3 – Coachella Festival is the local music festival (admittedly, this is a stretch but I included a @coachella poster for the year each location was made)
4 – Beastie Boys & @TalibKweli SD show poster
5 – Office Space director Mike Judge graduated from UCSD
6 – Top Gun was based in / filmed in & around San Diego
7 – I was raised in the SD area
8 – @Draplin put a slew of SD oriented stuff in his awesome California poster
9 – @AngelsandAirwaves is based in SD
10 – LOUIS XIV is a SD based band
11 – @UnwrittenLawOfficial is based in SD
12 – Blondie show poster at 4th & B in SD
13 – The Plug Uglies were a band headed by @Pistol77 & @DavidStoddard of @Brixton
14 – Guns n Roses show in SD
15 – Sam Cooke show in SD (from 1960!)
16 – @Blink182 started in Poway
17 – Fluf is a SD local band headed by @Otiserie
18 – Anchorman was based / filmed in SD
19 – White Stripes SD show poster
20 – Pinback is a SD local band
21 – @BadReligonBand & @UnwrittenLawOfficial SD show poster
22 – @SonicYouthOfficial SD show poster
23 – @IronMaiden SD show poster